If you visit Richmond, make time to visit the Edgar Allan Poe Museum on East Main Street. It’s on the same street as the Main Street Station and the Farmer’s Market.

You’ll get to walk through several rooms with artifacts from Poe’s life in Richmond. He lived there early in his life before moving to Baltimore, Philadelphia, New York and back to Richmond at various times throughout his adult life.

Poe’s mother, a traveling actress, died when he was 3 and John Allan, a wealthy merchant, and his wife, Frances Valentine Allan, took him in.

I really liked the portraits; original manuscripts, including those of Poe’s sister Rosalie; and the layout of Richmond during Poe’s lifetime, showing where he lived, went to school and worked.

You can’t take photos inside the rooms, but you can outside in the courtyard.

Here’s the front and back side of the information you’re given for the self-guided tour. It also includes a map layout of the buildings and grounds. 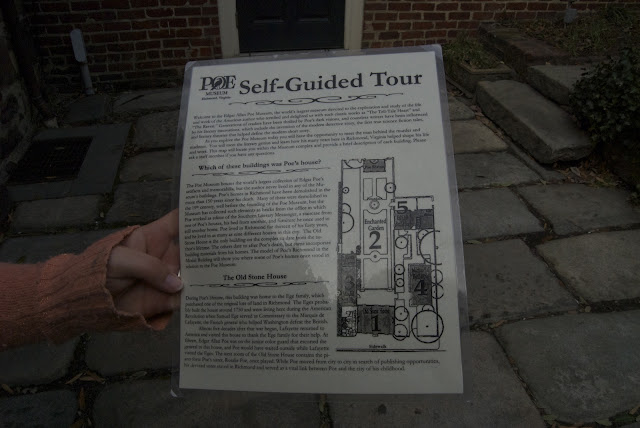 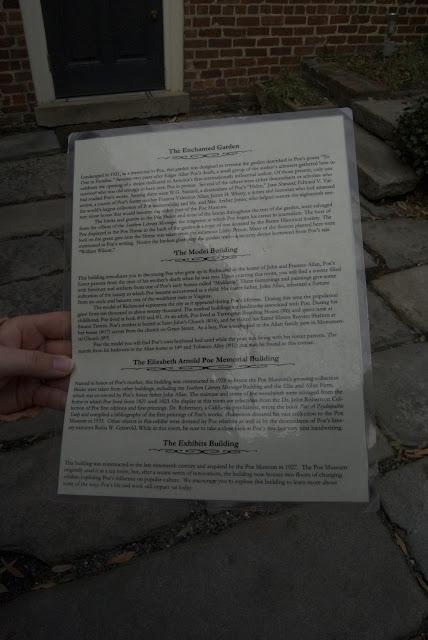 I retain rights to all content. Please do not use any photos or text without permission. Thanks!